“Or again, you often doubt if you really exist. You wonder whether you aren’t simply a phantom in other people’s minds. Say, a figure in a nightmare which the sleeper tries with all his strength to destroy. It’s when you feel like this that, out of resentment, you begin to bump people back. And, let me confess, you feel that way most of the time. You ache with the need to convince yourself that you do exist in the real world, that you’re a part of all the sound and anguish, and you strike out with your fists, you curse and you swear to make them recognize you. And, alas, it’s seldom successful.” 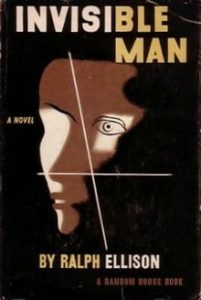 Paying Homage to An American Classic

In 1952, famed author Ralph Ellison penned the fictional classic, Invisible Man, chronicling the challenges of early twentieth century life in America for her citizens of color. In its gripping and often gritty depiction of the travails of a college educated, young black man who often felt himself unnoticed in the rest of society, this literary masterpiece helped to shed light on the harsh realities that most black males face each and every day—from the womb to the tomb—as they are forced to swim against the tide of negative public perception, institutional disadvantage, and creative disenfranchisement; further stacking the odds of success against them. Trapped in the alternate reality of being “seen, but not seen”, present but unaccounted for—and in many aspects unaccountable—Ellison’s work brought light to the plight of blacks in America. Today, however, nearly seventy years since the book’s release marked a watershed moment for a slowly evolving society, many argue that very little has changed for the plight of America’s black males. And, in many instances, a “reversal of fortune” has occurred, as black men in America continue to lose ground and get left behind in today’s changing global marketplace.

Since the first African slaves were brought to the shores of America in 1519, black males in America have been systematically marginalized and told they were inferior in most aspects of American life. In spite of this uncontested truth, however, Black males, as a subset of the broader cultural fabric, have achieved remarkable feats that can’t be overlooked. Yet and still, even with the election of America’s first President of color, very little has changed for African-American men, as they continue to lag behind in all measurable indicators of success in twenty-first century America.

At this point in the journey of the black man in America, no one can argue with the effects of generations of systematic racism and a pathology of “low expectations” that black males sometimes embrace for themselves. This pervasive attitude, born, more often than not, from a culture of poverty, is a result of the combined effects of hundreds of years of psychological terrorism that is permanently embedded within the DNA of the survivors of one of the world’s most brutal example of “man’s inhumanity to man”.  So, what must we do? For starters, we must get real about how America arrived here in the first place, while offering real solutions to begin addressing these intractable issues. and what we must do to fix it. And that requires hard choices—and tough conversations—if we ever want to get to the root of the problem, instead of uselessly treating symptoms.

Over the course of an extended period of time, recorded interviews were conducted and then transcribed with each chapter’s leading subjects. Our goal, in telling each of their stories, was to accurately reflect their expressions in a way that did not detract from the substance of their sentiments. When necessary, however, some of the subject’s words or phrases may have been changed, but only to provide clarity, brevity or context.

Finally, please note that this book was created as a tool to be used to further promote understanding, while simultaneously debunking false narratives, misperceptions racist tropes with verifiable facts and workable solutions aimed at helping the United States of America to achieve a more perfect union. Please feel free to share with me, and others, your thoughts and ideas about how we can make America better, by adding your voice to our continuing conversation on the following social media platforms or by  using the hashtag: #StillInvisible

In the spirit of high idealism, I remain, 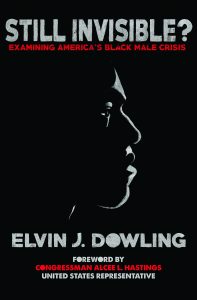